Burnley striker Andre Gray is being chased by a trio of Premier League clubs.

According to a report from the Mirror, there has been little progress in Gray’s contract negotiations with the club and it looks as though there could be a possibility of a move away from Turf Moor in the summer if the situation is not resolved.

Gray has been in good form this season, scoring an impressive eight times in his maiden Premier League campaign. 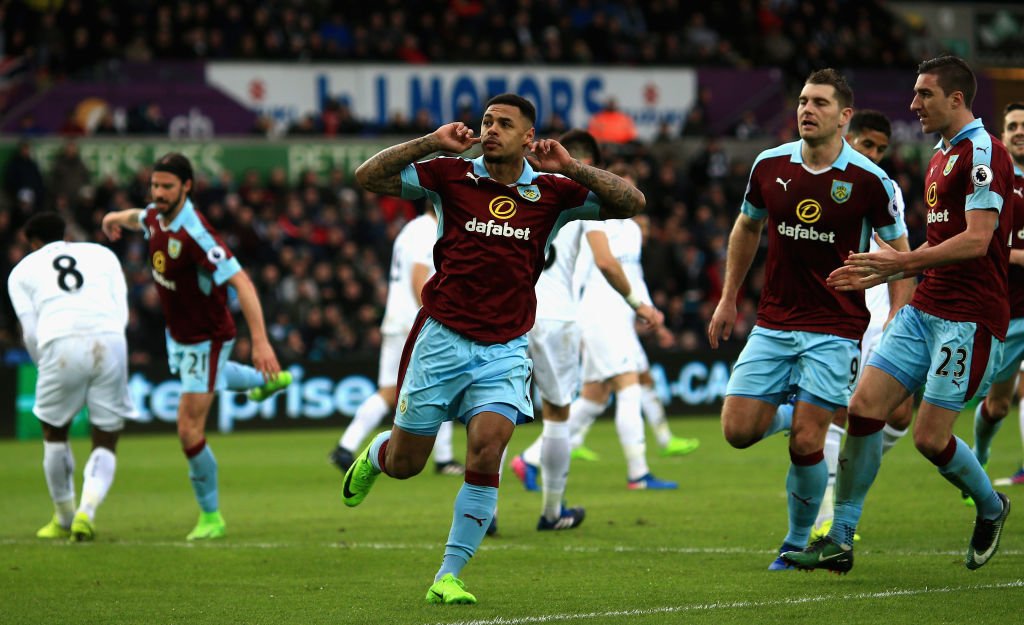 The 25-year-old has emerged as a mainstay in Burnley’s team, with Sean Dyche clearly viewing him as their first choice striker.

However, the Clarets boss may have to fend off some interest from elsewhere in the summer if he is to keep hold of his star man ahead of next season, with top flight trio Southampton, Stoke and West Ham all stated to be interested.

Newcastle are also claimed to have shown an interest in Gray.