Burnley could not make the most of an early lead this afternoon as they were defeated by Liverpool at Anfield.

Sean Dyche’s men started in fine fashion and stunned the Reds’ faithful as they opened the scoring just minutes after kick-off. Ashley Barnes managed to find himself unmarked at the back post and able to convert Matt Lowton’s excellent low cross beyond Liverpool’s defence.

However, despite Jurgen Klopp’s men being wasteful in possession and rather poor in general, they found themselves on level terms and very much in the game on the stroke of half-time, as Gini Wijnaldum finished their only good move of the first-half. 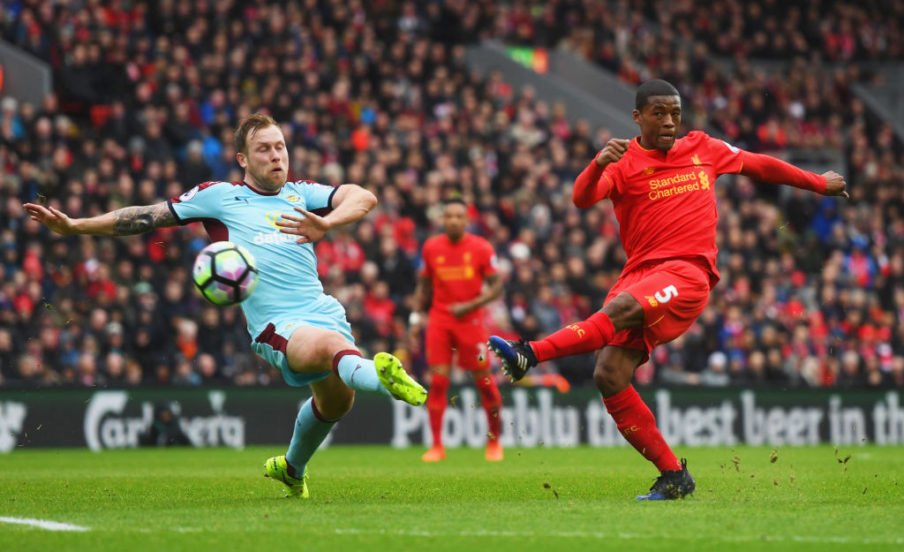 It was then relentless pressure from the hosts, and their efforts soon paid off as Emre Can netted a right-footed shot from just outside the box beyond the reach of Tom Heaton.

Lowton had a good chance to snatch a late equaliser for Burnley with a half-volley but the travelling Clarets went home empty-handed.