Burnley manager Sean Dyche has given the latest update on his squad’s condition ahead of their trip to Sunderland on Saturday afternoon.

The Clarets will be hoping to continue their push for consolidation this season in and around the mid-table area with a win against the struggling Black Cats but will be well aware that it will be a difficult encounter, with David Moyes’ men desperately needing three points to help propel them out of a relegation dogfight.

Dyche confirmed, as quoted by the Burnley Express, that although Steven Defour has stepped up his recovery from a hamstring issue by playing a behind-closed-doors friendly match in midweek, he’s still not quite fully ready to participate in the trip to the Stadium of Light. 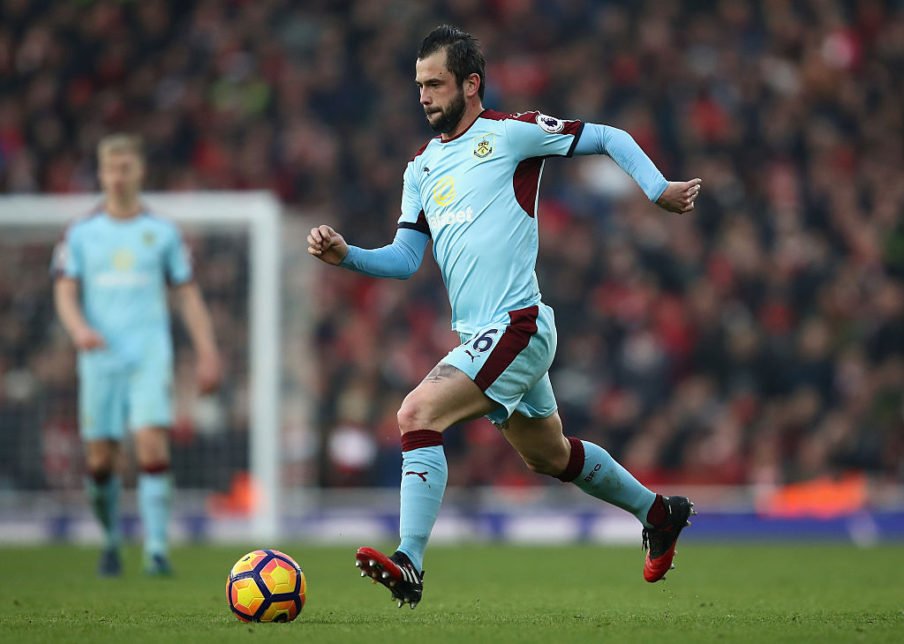 We’ll have to make a judgement call, 70 minutes obviously isn’t a full game but he came through clear, which is good news. We made a call on getting him off, he’s been out a reasonable amount of time, and it was precautionary.

However, it looks as though Johann Berg Gudmundsson is still some way off a full recovery given that he was required to have seen a specialist recently to inspect a medial knee ligament injury sustained against Lincoln City in the FA Cup.

Johann’s is still niggling on. We thought that would have settled down. It’s a medial ligament strain and just hasn’t settled down as quickly as you would expect. He has seen a specialist, but he’s not worried about it.